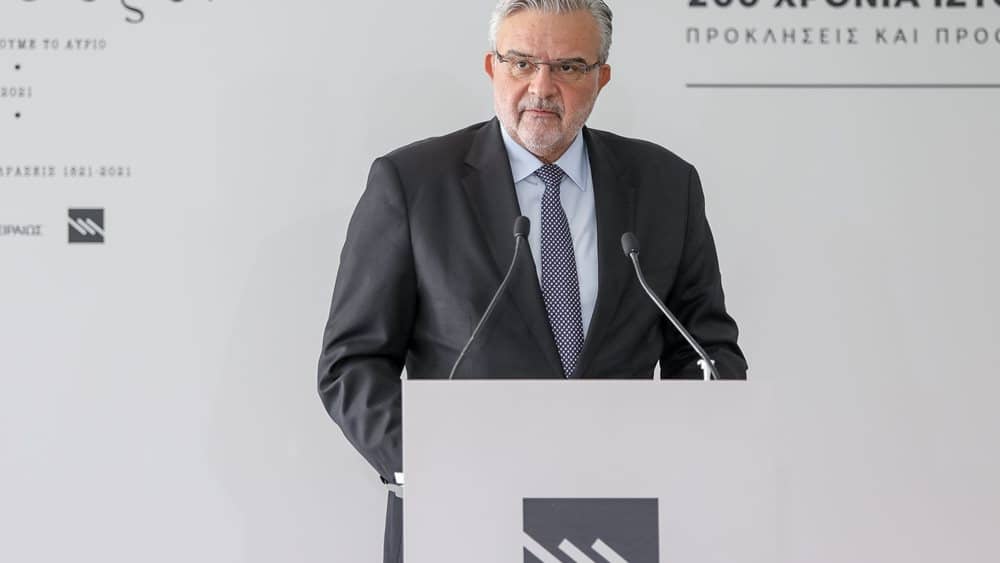 Piraeus Bank recorded net profits of 614 million euros in the first half of 2022, with earnings per share for the same period amounting to 0.47 euros.

The net income from commissions and rents in the 1st 6 months of 2022 they amounted to €237 million, increased by 22% annually. Net commission and rental income in 2Q2022 amounted to €124 million, +8% quarter-on-quarter, and +11% year-on-year. Key contributors to the increase were new loan disbursements, capital flow income, foreign exchange commissions, and credit card income, while rental income also contributed positively and is expected to expand further. Fee income as a percentage of assets stood at 0.6% in 2Q2022.

The recurring operating expenses in the 1st 6 months of 2022 they amounted to €408 million, reduced by 4% annually, while in the 2nd 3 months of 2022 they amounted to €209 million, reduced by 2% annually. Accordingly, recurring staff costs in 2Q2022 fell 2% year-on-year to €95m, as they reflect savings from HR restructuring actions. On June 30, 2022, the Group’s staff amounted to 9,206 employees in the ongoing activities, of which 8,839 were employed in Greece, reduced by 954 annually. In addition, general and administrative expenses in 2Q2022 remained stable year-on-year at €90m, despite inflationary pressures. The cost-to-income ratio on a recurring basis stood at 49% in 2Q2022 versus 47% a year ago, mainly due to lower NPEs revenue. Further improvement is expected as the transformation plan and ongoing digitization of the Bank’s operations is underway.

The smoothed income before provisions amounted to €479 million in 1H 2022, from €562 million in 1H 2021, due to the drastic NPE consolidation in 2021 and 2022. The Bank’s momentum is reflected in all areas and paves the way for the achievement of our strategies objectives, in line with the rationalization of loan impairment costs.

In the 2nd 3rd month of 2022 the organic loan provisions amounted to €46 million, almost at the same level as the previous 3 months, due to the large reduction of NPEs in 2021, as well as the significant improvement of new inflows into NPEs. Impairments of €117m in 2Q2022 relate to all remaining provisions regarding the Sunrise 3 NPE portfolio, the Solar portfolio, as well as other adjustments. The organic cost of risk on net loans remained at a low level for another quarter, at 52 bp. during the 2nd 3rd month of 2022, from 73 m.v. a year ago.

The loans before impairments and adjustments increased to €36.9 billion compared to €36.6 billion at the end of June 2021, due to the significant NPE reduction carried out in 2021 and 2022. The NPL portfolio increased by €1.5 billion in 1H2022; surpassing the annual target of €1.2 billion. Loans after Group provisions amounted to €35.4 billion as at 30 June 2022, while disbursements of new loans amounted to €4.4 billion in 1H 2022, reflecting credit demand mainly from businesses (large, medium and small businesses). It is noted that the amount of loans before impairments and adjustments as of June 2022 includes €6.1 billion of high yield bonds related to the NPE portfolio securitizations completed so far, namely the Phoenix, Vega, Sunrise 1 and Sunrise transactions 2.

The stock of NPEs decreased to €3.4 billion at the end of June 2022, -€1.3 billion on a quarterly basis, while it was significantly lower than a year ago (€9 billion). THE NPE index fell to 9.1% from 12.6% in the previous quarter, significantly lower than 24.6% in June 2021, mainly due to NPE securitizations under the Hercules program (HAPS), as well as NPE transactions outside “ Hercules”, which were implemented in 2021 and the first half of 2022, but also of the organic NPE reduction.

Chr. Megalou: We are intensifying our efforts

Regarding the announcement of the results, the managing director of Piraeus, Christos Megaloustated:

“Economic growth in Greece maintained its momentum in early 2022, with GDP strengthening by 7.0% year-on-year in the first quarter of the year, driven by consumer spending and investment.

The full impact of higher inflation is expected to be felt later in the year, through higher costs for businesses and a reduction in real disposable income for households. However, the mobilization of private investments, and EU funding through the EU Next Generation program, the return of tourism to pre-health crisis levels and the expected revision of the fiscal rules of the Stability and Growth Pact, are estimated to lead the Greek economy to sustainable development trajectory in 2022, but also for several years into the future.

For Piraeus Financial Holdings Group, 2022 is a year in which the foundations for sustainable profitability are laid, through the implementation of the 2022-2025 business plan. The Group made significant progress in all pillars of the business plan during the first half of 2022. The NPE ratio decreased to 9% from 13% at the end of December 2021, with the contribution of the last two NPE securitizations of the “Hercules” program, totaling € 0.9 billion, while the successful monitoring and management of the Bank’s loan portfolio resulted in low levels of organic NPE generation, €0.6 billion.

Piraeus’ commercial strength is being revealed now that the balance sheet consolidation through the Sunrise project has been completed. The Group’s serviceable portfolio expanded by €1.5 billion in the first half of 2022, already exceeding our target for the full year. The Group generated net commission income at record levels in the first half of 2022, with satisfactory performance across all lines. Operational efficiency is continuously improving in line with our targets and we are on track to achieve cost reductions of around 25% over the 4-year period of our business plan, despite inflationary headwinds. Adjusted earnings per share amounted to €0.21 in the first half of 2022, when the annual target was €0.05.

Overall, execution of our business plan for the first half of 2022 was solid, exceeding targets across key operating lines. Furthermore, the rising interest rate environment, following the ECB’s decision to raise key interest rates by 50 basis points at its July 2022 meeting, is expected to be supportive of the banking sector including Piraeus.

At the same time, Piraeus seeks to create additional value from its €800 million portfolio of holdings, based on synergies of business sectors with significant growth potential. In this context, we are upgrading our targets in the key financial figures for the year 2022. Specifically, we are now targeting an NPE ratio of 8%, an increase in serviced loans of more than €2 billion, a fully loaded CET1 capital adequacy ratio of 11% and earnings per share €0.35.

In the second half of 2022, at Piraeus Group we are further intensifying our efforts to create value and optimize all key operating lines, with the aim of strengthening the balance sheet, further strengthening our profitability and preparing to cope with any possible adverse macroeconomic scenario in the near future”.