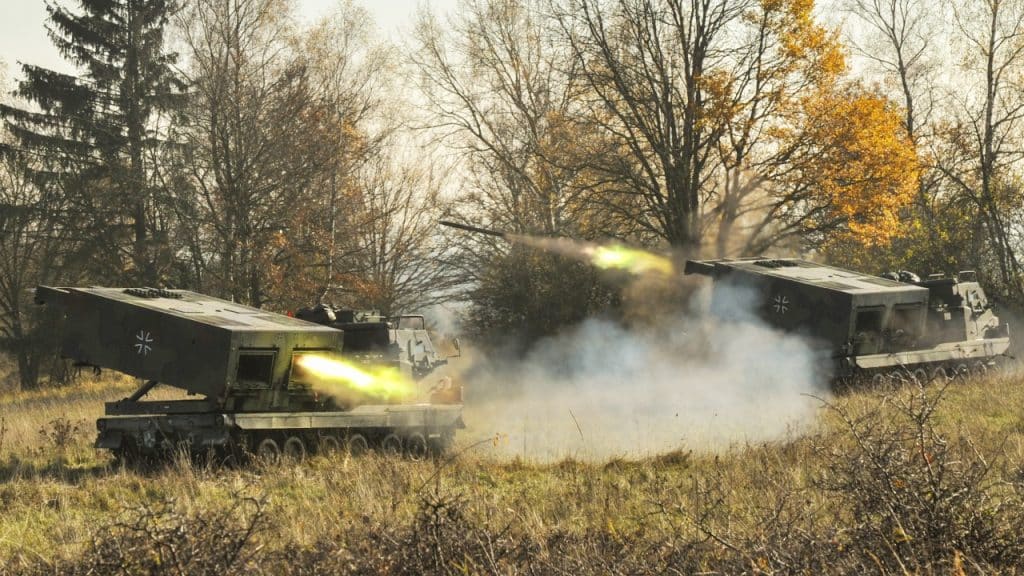 Ukrainian Defense Minister Oleksiy Reznikov informed two hours ago that the first MARS II (Mittleres Artillerieraketensystem) missile launchers, the M270A1 MLRS, had already arrived from Germany from Germany. They joined the three M270B1 launchers (which were the UK’s equivalent of the M270A1) and, of course, the sixteen M142 HIMARS wheeled launchers, which were particularly hard on the Russians.

The Minister of Defense, Christine Lambrecht, announced six days ago that the German government has handed over three MARS II launchers to Ukraine. This was also confirmed by Andriy Yermak, head of the office of President Volodymyr Zelensky. It can be assumed that at that time it was about official acceptance by Ukrainians still in Germany. Now the launchers are in Ukraine.

Third brother in the Long Hand family – MLRS MARS II from Germany – has arrived in Ukraine.
Thank you to Germany and personally to my colleague #DefenceMinister Christine Lambrecht for these systems.
Our artillerymen salute our German partners!
🇺🇦🤝🇩🇪 # StandWithUkraine pic.twitter.com/oapPzNjRjf

We wrote about the fact that Ukraine is to receive MARS II exactly two months ago. At that time, it was announced that Ukraine would receive four – not three – launchers from the Bundeswehr’s inventory. According to the DPA agency, the operation of handing over the German M270 to Ukraine is carried out in cooperation and close coordination with Washington. British deliveries, on the other hand, are counterbalanced by the Norwegians. For the three launchers delivered to Ukraine, London will receive three launchers stored in the Land of Fiords in 2005 and in need of comprehensive modernization.

Where does the effectiveness (and the resulting popularity) of HIMARS / MLRS systems come from? The M270 was designed with more or less the type of operations taking place in the Donbas and southern Ukraine in mind. The main task of the system was to combat Soviet artillery from beyond its range. Much emphasis was placed on the quick exchange of empty missile containers, as well as quick capture and abandonment of fire positions, so as not only to increase the effectiveness of own counter-batter fire, but also to reduce the enemy’s susceptibility to counter-batter fire. 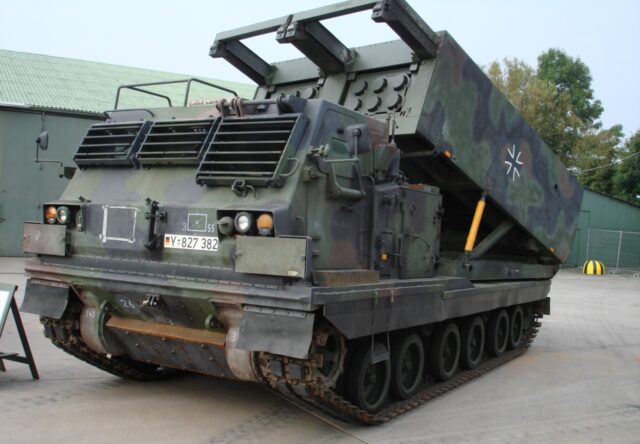 With the advancement of real-time information acquisition and transmission, other tasks for the M270 in the end of the Cold War included attacking Soviet armored columns, as well as the rapid erection of mine barriers using AT2 anti-tank mines. The advent of the GMLRS family of guided missiles in 2005 made it possible for the launchers to destroy point targets, for example, to precisely target field ammunition and fuel depots.

For Ukraine, the main problem at the moment is not so much the number of launchers as the ammunition stock and the possibility of its current replenishment. It is an open secret that the Americans are constantly receiving information from Ukraine about the consumption of GMLRS missiles. Added to this is the cost – a block of six M31A2 missiles (i.e. a HIMARS fire unit or half of MARS) costs $ 625,000.

The US is closely watching Ukraine’s expenditure of HIMARs ammunition, which is a greater concern than the number of launchers: Gen. Mark Milley

In September, the delivery of COBRA artillery reconnaissance radars (COunter Battery RAdar), promised by Chancellor Olaf Scholz, is to be carried out. At about the same time, Ukraine is to receive a batch of IRIS-T SLM anti-aircraft systems. The training of their casts has already started or will start in the coming days. Ukraine will get brand new equipment.

Last Monday, July 25, Reznikov confirmed the receipt of the first three Gepard self-propelled anti-aircraft systems. The very next day his German counterpart Christine Lambrecht was talking about the delivery of five copies. Ultimately, Ukraine is to receive thirty Cheetahs. With the delivery of MARS, Ukraine has already received three types of equipment that the Germans call heavy equipment – apart from these two systems, eighteen PzH 2000 self-propelled howitzers (ten from Germany and eight from the Netherlands) were delivered to our eastern neighbors.

Update (15.58): Minister Reznikov also announced today about the delivery of another four HIMARS.

4 additional HIMARS have arrived in🇺🇦. I’m grateful to @POTUS @SecDef Lloyd Austin III and 🇺🇸people for strengthening of #UAarmy
We have proven to be smart operators of this weapon. The sound of the #HIMARS volley has become a top hit 🎶 of this summer at the front lines!
🇺🇦🤝🇺🇸 pic.twitter.com/iOBoxfjV7e

Meanwhile, the Russians boasted about destroying two HIMARS launchers placed – if you are standing, sit down, because it’s hard to find more absurdity – on the floor of a building in Kharkiv.

Russian Ministry of Defense claims it destroyed two of Ukraine’s HIMARS rocket artillery systems, and posts video to prove it. Apparently, the two 16.2 tons, 7 m long, 3.2. m high, 2.4 m wide HIMARS vehicles were hidden in a room on the second floor of a building in Kharkiv. pic.twitter.com/WC8mSvpaZY

See also: Is China interested in small and miniature submarines?