Director of Strabag: The access roads to the Pelješko Bridge will be ready on time 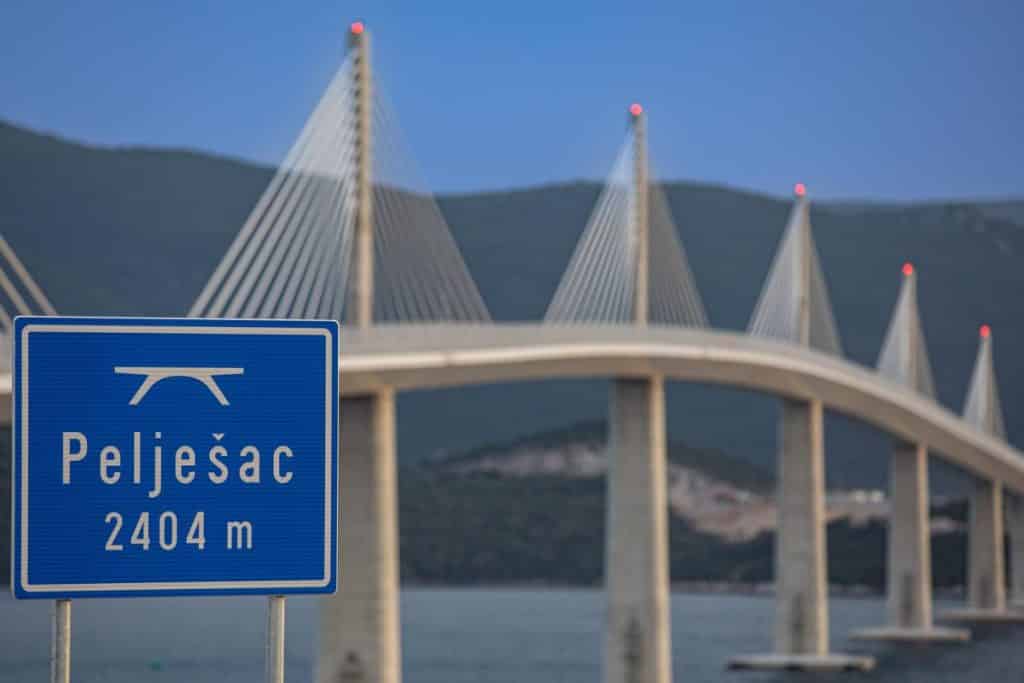 Director of the construction company Strabag Hrvatska Veljko Nižetić told Hina on the eve of the opening of the Pelješko Bridge that Strabag will complete all works on the access roads on time and in accordance with the contract.

The contracted value of these works is HRK 478.3 million without VAT, and the deadline for completion is August 13.

“During the execution of the works, we signed an annex to the contract which shortens that deadline, and we are currently completing the works in accordance with the contract,” said Nižetić in an interview for Hina.

According to the contract, Strabag Hrvatska is in charge of a route with a total length of more than ten kilometers, of which 1,300 meters on the land side, and 9,220 meters on Pelješac.

Although satisfied with the work done, Nižetić warns of a number of problems that have plagued the construction profession in recent years, especially the lack of workers.

“We have noticed a large turnover of workers, they are looking for work in other countries, mostly in better-paying EU countries. At the moment, we draw from the regional pool, we have the most workers from Croatia itself, then from Bosnia and Herzegovina and some from Albania”, he says, adding that it will probably soon be necessary to reach out for workers from distant countries.

There is a lack of qualified workers, rebar workers, carpenters…

Builders are also affected by the rise in the price of construction materials, as well as the interrupted supply chains of these materials.

“We were hit hard by the increase in the price of materials, but we took that impact on ourselves and did not close the works. Stronger construction companies mostly bore the cost of the first wave of price increases themselves,” said Nižetić, who believes that the cost should be shared with investors.

He says that so far it has not been possible to find a common language with investors on how to systematically solve the problem of the constant increase in the price of construction materials. The solution, he says, lies between the contracting parties, as stated in the recent government conclusion.

“Time is running out, some projects will be stopped because of this problem, some builders have already stopped projects”, said the head of Strabag Hrvatska, adding that the bigger problem is small contractors, that is, builders who do not have enough capital to finance the project. However, the common problem for all construction companies is the increase in the price of construction materials and energy.

There is work, funds flow from EU funds

Nižetić says that there are a lot of projects and that a lot of money is withdrawn from EU funds.

“However, this crisis has brought considerable uncertainty, and in times of uncertainty we all need to be careful. We builders face various shocks every day as a result of the COVID pandemic and war events in Ukraine, therefore we are recording losses on projects,” Nižetić pointed out.

He hopes that the clients will recognize such a situation and that billing models will be defined according to the principle of variable prices, so that the risk between the client and the contractor will be shared more fairly.

He emphasizes that future contracts should clearly define the mechanisms for monthly calculations of changes in the prices of construction materials, energy and labor.

“None of us has a crystal ball to know if, for example, the price of steel will increase by 100 or 200 percent or if it will become cheaper during the implementation of the contract. Calculations of possible sudden price increases or, on the other hand, material cheapening should be clearly defined. These models are not unknown, however, the fact is that there has never been a situation like this in the last 30 years”, warns Nižetić.

He reminded that Strabag, which has been operating in Croatia since 1996 and has more than 1,500 employees, is also involved in road construction and infrastructure development, high-rise construction and tunnel construction. So far, Strabag has participated in the construction of a number of important roads – highways Zagreb – Macelj, Osijek – Đakovo, Bregana – Zagreb – Lipovac, Zagreb – Rijeka, Zagreb – Split – Dubrovnik, as well as the Brinje, Grič, Hrastovec, Javorova Kosa tunnels…

Strabag Hrvatska is also interested in the restoration of railway traffic in Croatia. In the repeated process of review and evaluation of the offer, HŽ Infrastruktura selected the community of bidders Strabag AG; Strabag d.o.o. and Strabag Rail a.s. as the most favorable bidder for works on the construction and electric power railway infrastructure subsystem of the project “Reconstruction of the existing and construction of the second track on the section Hrvatski Leskovac – Karlovac”. The offer of the Strabag consortium, worth HRK 1.71 billion (without VAT), achieved the highest number of points, in accordance with the criterion of the most economically advantageous offer.