What’s next for the Belgian-Dutch frigate project? 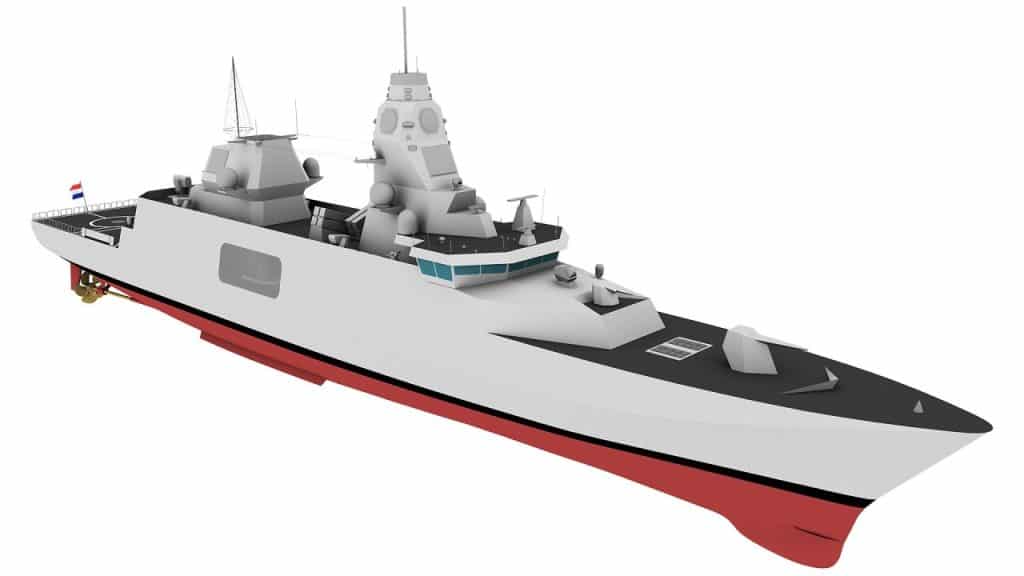 International arms projects are primarily aimed at sharing costs and increasing orders, which translates into a lower unit price of the final product. In practice, it looks different, and competency disputes and divergent requirements are a regular scourge in such projects. This is also the case with the project of the Belgian-Dutch frigate to replace the Karel Doorman units used by the fleets of both countries.

The study works have been carried out since 2013 and have still not brought any results. Due to the assumed financial constraints, The Hague and Brussels were only supposed to order two frigates. Therefore, they are to be universal ships, but optimized for anti-submarine combat. Hence the working name of the project: ASWF (Anti-submarine Warfare Frigate). On the other hand, the frigates will also receive strong medium-range anti-aircraft weapons, including ESSM or SM-2 missiles. The ambitious Dutch fleet modernization program adopted in 2018 assumed that the first ship for the Netherlands would fly in 2025.

The delay in work on the ASWF stands in sharp contrast to the efficient implementation of the joint project of the new minehunters. Belgium is responsible for this project, while frigates are being developed under Dutch leadership. This gives rise to a lot of sharp and malicious comments in the Belgian media. At the same time, delays are a cause for concern in Brussels and have given rise to several parliamentary debates in recent weeks.

Their results are not optimistic. According to the De Standaard daily, the cost of the project has already exceeded the initial assumptions by EUR 700 million. Nevertheless, the Dutch side was to guarantee the delivery of both ships by 2030. Peter Buysrogge, MP of the New Flemish Alliance, even claims that the frigates will have stability problems in the current configuration. The Dutch military procurement agency (Defensie Materieel Organisatie, DMO) acknowledges the cost increase, but fails to quantify it, and dismisses allegations of defective design.

The Dutch service Marine Shepen points out that the financial issue is particularly difficult for the Belgian side. The budget for the program is set out in the law and it is difficult to change it now. According to the DMO, Brussels is determined to obtain ships that are as equipped as the Dutch, and is working on increasing funding for the project. There is bitterness in Belgium that so far Dutch ships have been cheaper than their foreign counterparts.

This is not the end of the allegations. Doubts are also raised by the alleged lack of preparation of logistics and repair facilities, which is to have a negative impact on the maintenance and availability of frigates. According to the newspaper, Damen is to be responsible for them, which again causes surprise on the Dutch side. The maintenance of the ships in service, their repairs and modernization is not the responsibility of an external entity, but the Materials Maintenance Directorate (DMI) based in Den Helder, subordinate to the Ministry of Defense. 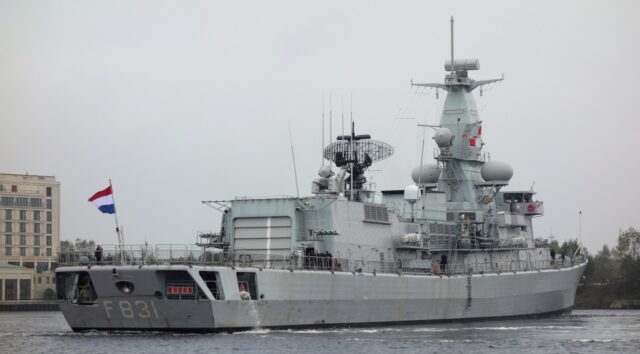 This does not mean that the problems are not actually there or are blown up by the sensationalist media. Marine Shepen points to the main original sin of working on the ASWF, which is the desire to cram as many systems as possible into the smallest, and therefore cheaper, hull. Earlier this year, in an interview with the service, the head of the DMO, Vice Admiral Arie Jan de Waard, openly admitted that the requirements set by the navy did not match the existing project.

De Waard described the project from 2019 as “ideal”. This one, however, was outside the budget, so a reduced version was presented the following year. This, in turn, led to “overload” problems, but not only that. The reduction of the fuselage also forced the reduction of the propulsion system. As from the very beginning, a CODLAG engine room consisting of diesel generators powering electric motors was established, the reduction of the engine room translated into a decrease in power. In short, frigates according to the “revised” design will not be able to achieve the assumed maximum and walking speeds.

The solution would be to apologize to gas turbines. As Marine Shepen demonstrates, a turbine-powered propulsion system, regardless of the combination with diesel and electric engines, would even provide a surplus of power to facilitate retrofits. The problem is, of course, the need to completely rework the design, which will again consume time and money.

The ASWF frigate is also a hot political topic in the Netherlands. Last year, the then Secretary of State in the Ministry of Defense, Barbara Visser, presented to parliament the “Report on Deviations in Comparing to the 2020 Defense Projects Review”. The document recommended seeking a balance between possibilities, displacement and price. However, the final version of the report from May this year recommends increasing the size of the frigates.

The case of frigates for Belgium and the Netherlands also has a German thread. In 2018, Germany and Norway offered the Netherlands to join the 212CD submarine program. An additional incentive from Berlin was the proposal to add the MKS 180 frigates, now known as the F126 type, to the program. The Hague, however, postponed the selection of the successors of the Walrus type submarines until 2022. Back in 2018, the Dutch de facto rejected the German offer for frigates and decided to commission the preparation of the ASWF project to Damen and Thales Nederland without tendering procedures.

The situation changed at the beginning of 2020, when the consortium consisting of Damen and Lürssen was the winner in the competition for the design and construction of the MKS 180. The new frigates for Marine will be built under Dutch management at Lürssen’s Blohm und Voss shipyard in Bremen. After unpleasant experiences with expeditionary F126 frigates, the Germans decided to build large multi-purpose ships. The assumptions of the project are still general, but there is already talk of a displacement of 10,000 tons. There is no indication that, even with Damen’s lead role on the show, it influenced The Hague’s position. The MKS 180 will most likely be too big for the Dutch requirements.

See also: The Chinese showed the FH-97 drone in Zhuhai – its Valkyrie counterpart

the Ministry of Defense of the Netherlands