Kristo Vidović wrote to Plenković, requesting the dismissal of the Chief State Inspector 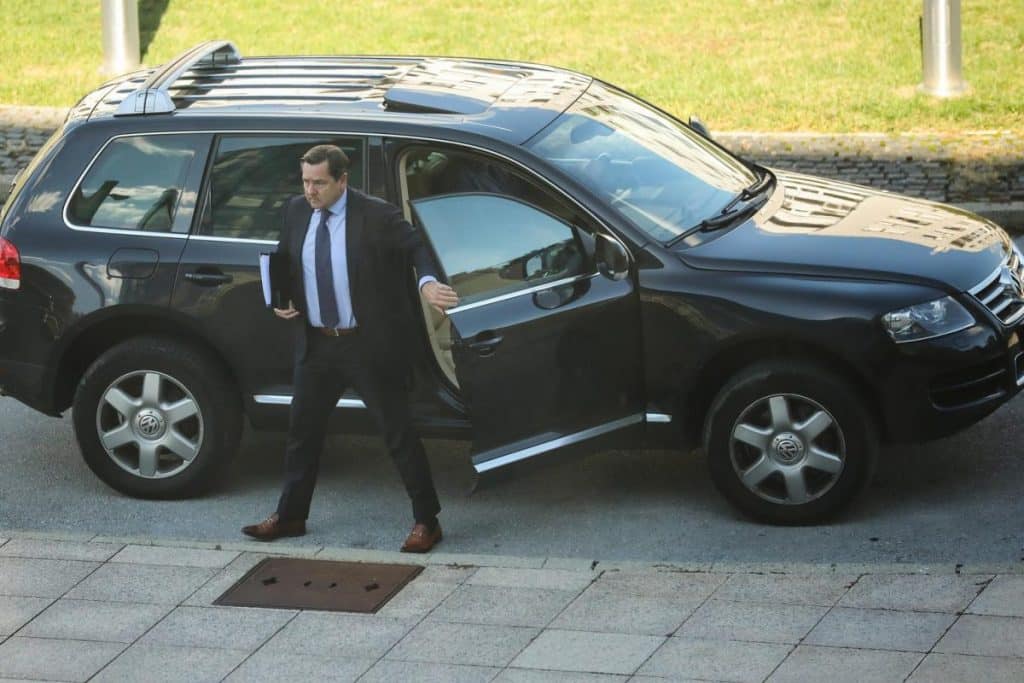 We are transcribing the reasoning of the parliamentary representative in its entirety:

Croatian restaurateurs are contacting me and describing the inappropriate and malicious actions of the State Inspectorate, and that in the very peak of the tourist season.

Instead of the State Inspectorate acting as in all other countries of the European Union, and taking care of compliance with the law by respecting every employee or entrepreneur in the field of hospitality, the State Inspectorate treats Croatian restaurateurs as enemies and, with the old Yugo-manners, exerts senseless pressure and makes life miserable for those hard-working and hard-working people. .

Thus, I was informed about a case in which a seventy-five-year-old pensioner, a resident of a place on our coast, as a regular guest and friend of the owner of a catering facility, helped the owner by placing sponges for his chairs, at the moment when the inspection entered the facility. The inspectorate accused the seventy-five-year-old pensioner of working illegally and fined the owner of the cafe in the amount of several tens of thousands of kunas, with the threat that if he did not pay the fine immediately, he would immediately close the establishment.

In another case, the inspection requested for each employee of a catering facility a sanitary certificate and a hygiene minimum, and used the lack of these to collect a draconian fine of several thousand kunas.

These cases speak of absurd bureaucratic obstacles and unnecessary regulations that no longer exist in any decent state, i.e. the malicious interpretation of regulations that are used to fill the state budget.

Legal norms for the field of catering should serve the good organization and protection of caterers and guests, because only satisfied caterers can provide the results that a country needs. Treating restaurateurs as enemies, tax evaders and rule breakers is primarily incorrect and particularly harmful to the state itself.

The vast majority of Croatian restaurateurs are virtuous and honest people who work hard and selflessly, employ thousands of people, and contribute to the quality of Croatian tourism.

Your controlled media slanders restaurateurs as suspicious and dubious economic actors, creating a false picture of the real situation in Croatia.

All restaurateurs in Croatia cannot damage the state budget in ten years as much as you and your government do in one go, as for example in the cases of INA-MOL, BORG, Uljanik, etc.

Likewise, the vast majority of Croatian inspectors do their job honestly, but as in all other segments of Croatian society, the problem lies in the leadership and systematic abuse of the people who lead that system. The restaurateurs themselves who spoke to me say that the inspectors testify to them that they are under pressure, that they have to find deficiencies and collect draconian fines, which, according to the inspectors, are illogical, malicious and harmful.

The inspectors also testify that apart from Andrija Mikulić, as the Chief State Inspector, who was appointed to that position despite his financial dubious affairs, the main creator of this harmful policy against restaurateurs by the State Inspectorate, is a certain chief in the inspectorate, Ivica Kušurin. People from the inspectorate tell me about this Kušurin that he literally started his career as an employee of the UDBE (SDS SRH) and various incredible controversial information is connected to him. How is it possible that your government allows this way of working of the State Inspectorate, which is managed by people who, according to any reasonable criteria, should not manage such an important institution?

The fact that thirty-two years after the abolition of the UDBA, Vama UDBAs are still managing in the inspection service, is truly devastating.

The State Inspectorate, like all other state institutions, exists to serve Croatian citizens who pay for them. State inspectors must have decent salaries and good working conditions, and must perform their duties professionally. They should help our caterers and be at their service, and offenders should be appropriately punished.

The inspectorate under the current leadership of Andrija Mikulić and that certain Kušurin does not act professionally, nor in the interest of Croatian citizens and the Croatian state, but on the contrary, acts violently and destructively. Due to the cases described above, I demand that you immediately dismiss Andrija Mikulić from the position of Chief State Inspector and appoint to that position a person who meets the professional requirements, without blemishes on his resume.”