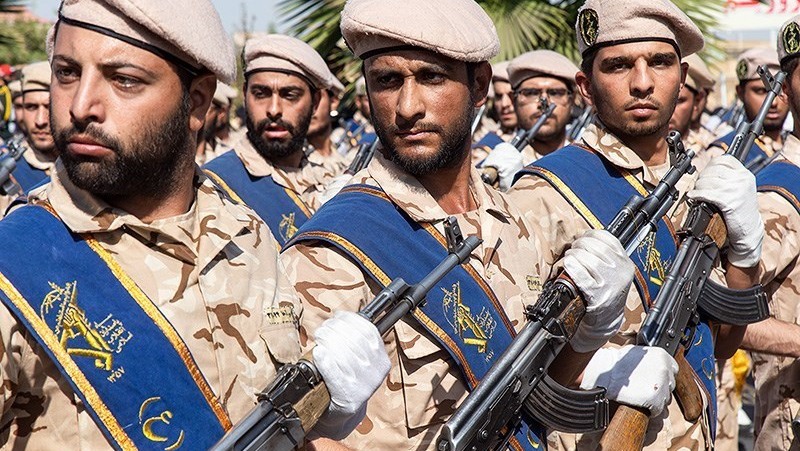 Citing the Ministry of Information, the Iranian state news agency Tasnim reported on July 23 that an Israeli spy network operating on the territory of the Islamic Republic of Iran had been opened. The spies were caught thanks to counter-intelligence information from the Islamic Revolutionary Guard Corps. The ministry did not say how many people were arrested and did not disclose their nationality. Initially, it was decided not to provide any details. Additional information was to be provided later. Jerusalem did not comment on these reports.

According to Iranians, the network was in direct contact with the Mossad and planned to carry out “unprecedented acts of sabotage and terrorist operations” in Iran. According to the report, the alleged spies entered Iran from the west via the autonomous Kurdish region of Iraq. According to Pasdarani, they had been in Iran for several months.

It remains a mystery whether their activities were known and controlled from the very beginning (and the action was launched when it turned out that something was actually there) or whether it was revealed at the stage of joining the alleged operation to destroy a facility important for Iran’s nuclear program. The members of the network were to work with the People’s Mujahideen organization, a dissident political and military group that opposes the rule of Supreme Leader Ali Khamenei.

However, there can be a lot of truth to this story, and the very choice of the target is the evidence. The Esfahan Nuclear Technology Center has recently become a tasty morsel for the Israel Defense Forces. Last month, some surveillance cameras used by the International Atomic Energy Agency (IAEA) were removed from the Esfahan facility. Additionally, the IAEA announced that 90% of Iran’s uranium isotope enriched to 60% fissile purity was transferred to this facility. In January, Iran was reported to announce that it would move production of centrifuge parts to Isfahan.

The arrangements regarding the direction from which the saboteurs were to cross the Iranian border deserve a separate attention. The general phrases speak of the West, but the problem is that Iran borders Turkey and Iraq on this side. In western Iran, along the borders with these countries, there are occasional fights between Iranian forces and Kurdish separatists, as well as fighters linked to the extremist group of the so-called Islamic State.

Last month, the state-owned IRNA news agency cited a prosecutor in Iran’s southeastern Sistan and Balochistan provinces that three people arrested there in April on suspicion of collaborating with the Mossad wanted to kill Iranian scientists associated with the nuclear program.

Nur reports that Pasdarani tracked agents before they even entered Iran. According to available information, the would-be bombers were arrested after they placed the explosives at their target location just hours before proceeding to the final stage of the operation.

The Iraqi direction seems more likely. Tehran has repeatedly stated that the Israeli Mossad is active in Iraqi Kurdistan. It is enough to recall the events of the night of March 12-13. Then, in Irbil, a city in the north of Iraq, six to twelve ballistic missiles, most likely a Fateh-110 with a range of 300 kilometers, were hit. Fired from Iran’s Khassabad in recent East Azerbaijan, about 250 kilometers from Irbil, it may have been destined for the property of Baza Karina, a Kurdish oil magnate and alleged associate of the Mossad.

Eventually – poorly aimed – they struck near the US consulate building and an airport that is also used as a US airbase. The attack on Erbil was Tehran’s retaliation for the Israeli strike on Damascus in early March. Two members of the Islamic Revolutionary Guard Corps were killed then. It was also a retaliation for the impact on the Mahidasht drone base near Kermanshakh in western Iran in February 2022. Attacks on Iranian territory are rare, but Mohsen Fachrizady, the father of the Iranian nuclear program, was killed in November 2020.

The information disclosed by Tehran may also be an element of the intelligence struggle and another manifestation of the Iran-Israeli war between the wars. A few days ago, the Mossad allegedly captured a high-ranking Pasdaran during an operation in Iranian territory and questioned him about the supply of weapons to Shiite militias in the region. Iran International described these activities in which a man introducing himself as Jadollah Chedmati, the deputy commander for logistics for the Islamic Revolutionary Guard Corps, says he regrets his participation in the supply of arms to Syria, Iraq, Lebanon and Yemen and urges others to refrain from doing so.

Chedmati served as Deputy Brigadier General Ali Asghar Nowrouzi, a close associate of former Ghods Force Commander Ghasem Soleimani, murdered in Baghdad in January 2020. Interestingly, after several hours of interrogation at an undefined time and place, a high-ranking Pasdaran officer – also responsible for organizing funds for day-to-day operations – was to be released.

On June 14, Iranian state television (IRIB) showed several men in prison uniform who claimed to have been recruited by a Mossad member. An agent operating under the pseudonym Sirous was organizing a group tasked with kidnapping Iranian officials and carrying out attacks on Iranian territory. The Iranian media called these people “bandits and hooligans” and claimed that before being recruited by Israeli agents, they were criminals dealing in human and arms trafficking. Sirous would contact them via social media and prepare them for their future mission.

According to an Iranian television report, recruits have abducted a person associated with the Pasdarans. The kidnapped was taken to a hut in a field in an unknown location on the outskirts of Tehran. There, he was forced to make false statements in front of the camera by threats and torture. Eventually, the Mossad agent behind the kidnapping was also arrested.

The fact that the Mossad in Iran is doing well and is working dynamically can be seen not only in the murder of Fachrizade, which was widely echoed, but also recent events. A few days ago, the Jerusalem Post reported that Said Thamardar Mutlak was killed in Shiraz, at the foot of the Zagros Mountains. The engineer of the Islamic Revolutionary Guard Corps was declared a shahid, and Tehran believes his death is part of a specially devised plan to weaken the scientists involved in the missile program.

See also: The construction of the Qatari landing craft has started