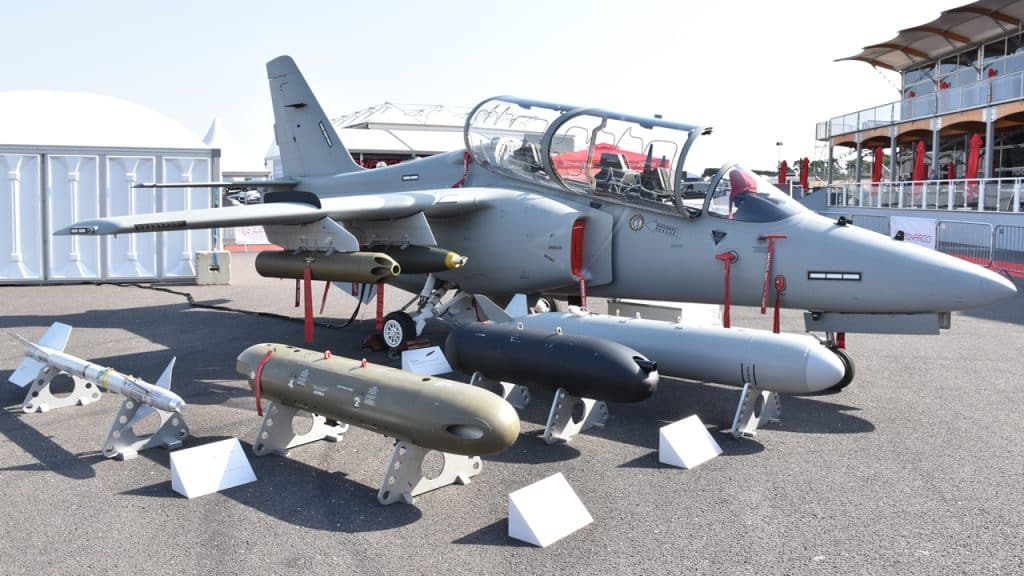 The Leonardo concern used the Farnborough International Airshow to present the M-345AT (Armed Trainer) light combat aircraft to the world. The machine has already been shown in Piešťany, Slovakia, where it competes in the tender for a training aircraft, but the British event, due to its global reach, allows it to reach a much larger number of potential customers. The M-345AT is part of the global trend of converting training and training aircraft into light combat aircraft while maintaining school functions. Leonardo himself offers a very similar plane in the form of the M-346FA.

The M-345 Tutor II has been designed to be used in almost the entire training cycle of a military pilot – from basic to advanced training. Only in the LIFT phase, the student would change to the M-346. For maximum safety and reliability, the plane is equipped with only the most necessary equipment, so its operating costs are comparable to those offered by turboprop airplanes.

The airframe was built with high use of composites. Its service life is planned for 15,000 flight hours, and during the entire service cycle, there is no need for a general overhaul at the manufacturer’s. The entire aircraft service can be performed by the air force concerned. The drive is a single Williams FJ44-4M-34 engine with the FADEC control system.

The pilot’s cabin was equipped with Martin-Baker Mk.IT16D class 0-0 ejection seats and an on-board oxygen generator. The front cabin has three 5 × 7-inch multifunction screens and a HUD display, and the rear cabin has four displays of the same size, one of which is used to display HUD data from the first cabin. The control system was developed in the HOTAS system. The whole thing is compatible with night vision goggles. Equipment includes a moving digital map, inertial and satellite navigation, radio altimeter, TACAN navigation system, self-to-foreign transponder, two radio stations and ground and other aircraft collision warning systems, among others.

Work on the M-345 began in 2013, and the prototype was presented at the FIA ​​a year later. Its design is based on the M-311, which never entered production. The maiden flight took place on December 29, 2016, and a dozen or so days later it was announced that the Italian Air Force had ordered five new aircraft. In 2017-2018, the prototype was tested in flight and the design was refined, and at the end of 2018, Leonardo announced the first flight in production configuration.

In June 2019, a second contract was signed for the delivery of a further thirteen copies. Italy plans to buy a total of forty-five M-345, which will gradually replace the MB-339A / CD aircraft in Italian aviation, including those belonging to the Frecce Tricolori aerobatic team.

Work on the armed version of the M-345 began in 2018 with the signing of an agreement between Leonardo and the South African Paramount Group. The company is responsible, among other things, for the creation of the AHRLAC light close support aircraft. As part of the agreement, the two companies have jointly developed the aircraft’s combat configuration and will promote it in Africa. In addition, the Paramount Group has been able to service SF.260 aircraft that are in service, among others, by Burkina Faso, Chad, Libya and Zimbabwe. The contribution of the African company was to provide the Smart Weapons Integration on Fast-Jet Trainers (SWIFT) mission system, which allows to turn training and training aircraft into light combat machines. 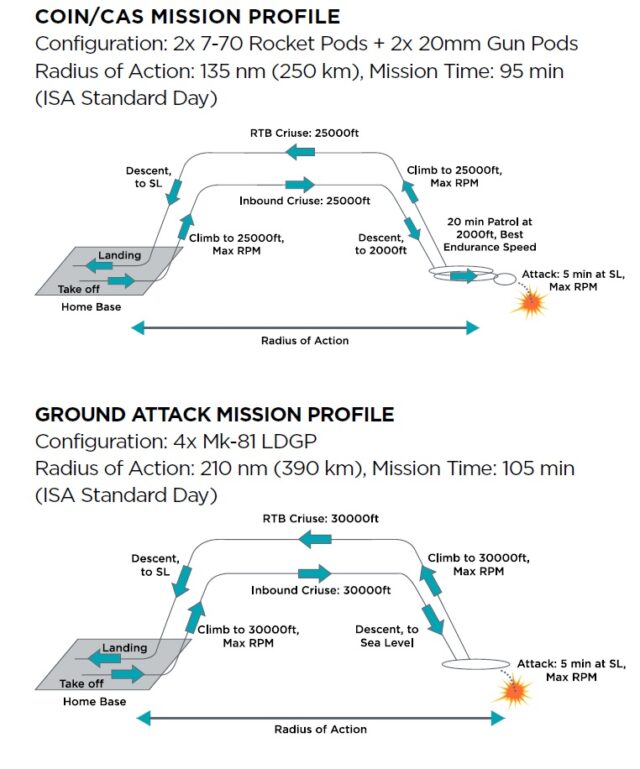 Examples of mission profiles that the M-345AT can perform.
(Leonardo)

“We are excited to present our SWIFT mission system in Africa on the M-345,” said Paramount Group Executive Director Ralph Mills. – SWIFT was developed with the current threats and current customer requirements in mind. It offers low purchase and use costs and is suitable for unconventional operations and asymmetric conflicts. It is a response to customer demand for multi-role planes that can be quickly adapted to perform various tasks.

The training and combat M-345AT retains all training capabilities. It is equipped with an integrated tactical training system derived from the M-346. With this system, you can simulate the operation of on-board sensors such as radar, jamming devices or sights, as well as the armament of virtual allied and enemy aircraft. 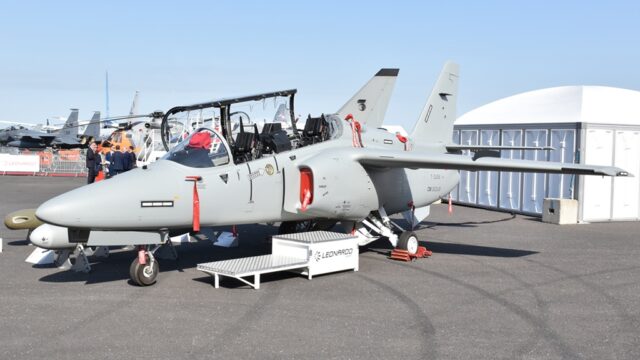 The maximum take-off weight of the aircraft is 4500 kilograms. In combat flights, the M-345AT can carry 1100 kilograms of weapons and containers on four nodes (two on each wing). Two nodes have a fuel installation for the installation of additional fuel tanks. The aircraft can perform air-to-air and air-to-ground tasks. The maximum load capacity of a single beam is 230 kilograms. Combat missions can be carried out by a single pilot or a crew of two. In the latter arrangement, the second crew member will be either a weapons systems operator or an observer.

The aircraft can accelerate up to 740 kilometers per hour and reaches a practical ceiling of 12,200 meters. The M-345AT can maneuver with overloads from –3.5g to + 7g. The maximum range in the smooth configuration is 1,330 kilometers, and with two additional fuel tanks – 1,850 kilometers.

The package of carried weapons is not impressive. The plane does not have a fixed cannon, and the only air-to-air armament are the AIM-9L Sidewinder short-range infrared guided missiles. In addition, the aircraft can carry Mk 81 and Mk 82 bombs, unguided missile launchers and cannon pods. During the Farnborough fair, an airplane with the Mk 82 bomb, AL-7-70 unguided missile launcher, FN Herstal Ammo Gun Pod and BRD-4-268 cannons, an additional fuel tank and AIM-9L missile were presented.

See also: A bit of Chon, a bit of the USA – Morocco is modernizing its AA defense.