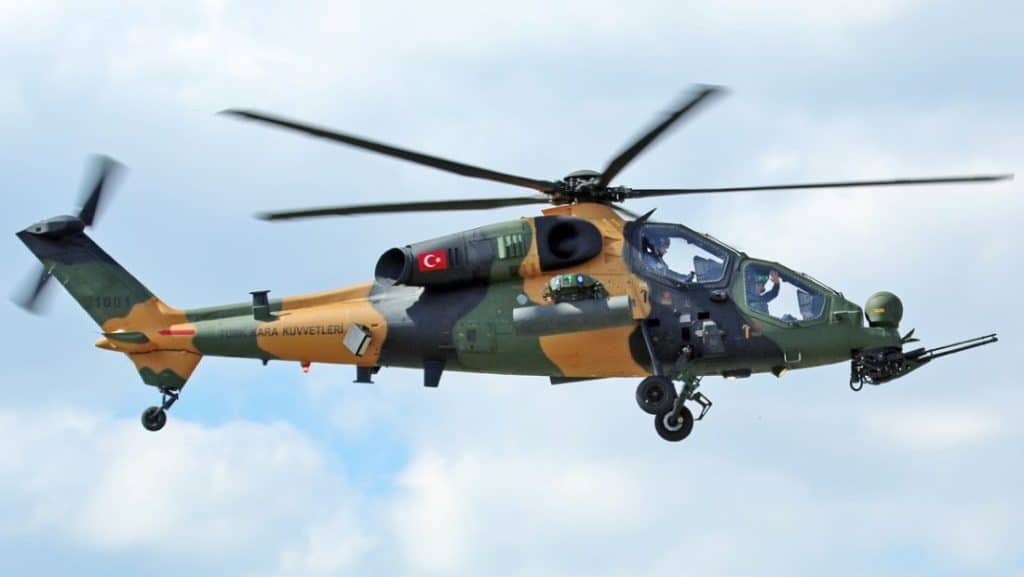 Turkish Aerospace Industries (TUSAŞ) announced this week a contract to supply T129 ATAK attack helicopters to the Nigerian armed forces. Six machines will be delivered to Africa. The value of the transaction and the delivery schedule have not yet been disclosed, but for the sake of context, let us recall that the Philippines will pay $ 269 million for the same number of helicopters. The Nigerian contract is another manifestation of the growing interest of the Turkish arms industry in Africa and another success on this continent.

Turkish UAVs and UCAVs are gaining popularity in North Africa. However, Turkey is paying increasing attention to the Sahel and sub-Saharan Africa. Late last year, it was revealed that the Niger armed forces would purchase Hürkuş trainer planes, Bayraktar TB2 unmanned aerial vehicles and undisclosed armored vehicles of an undisclosed type. So far, Niger has bought two Hürkuşe, but an order for a second batch (probably also a pair of planes) is expected. Chad has also ordered a number of Hürkuşs, while Angola started preliminary talks on the purchase of Turkish drones last year.

As we wrote, when announcing the Nigerian contract, even a small order for Hürkuşe will let TUSAŞ’s bosses, who have been unsuccessfully looking for clients outside Turkey for years, breathe a sigh of relief. On the same principle, also for ATAK, the African direction may turn out to be more promising than the unsuccessful Europe and South America that have been explored before.

Until now, his only successes, even the illusory ones, were in Asia. The first user of the Turkish attack helicopter – which is a development license version of the Italian Agusta A129 Mangusta – was the Philippines, which received the first two T129Bs in April this year. Twelve helicopters will be delivered to Iraq in the coming years. Nothing came of the allegedly drafted sale of the T129 to Qatar, and Pakistan, which wanted to buy thirty machines for around $ 1.5 billion, reportedly abandoned them and decided to buy the Chinese Z-10ME. Outside of Asia, only Brazil showed specific interest. 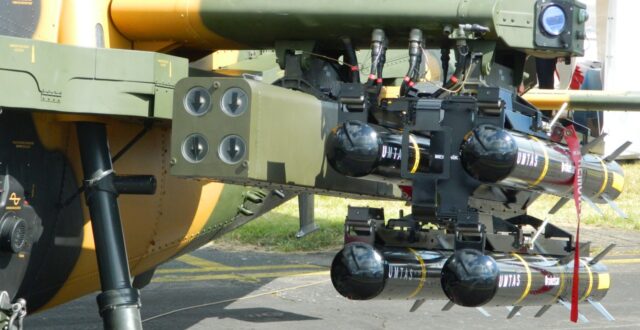 For Nigeria, this will be the next step in a comprehensive, but in installments, refreshment program for armed forces equipment. The most striking feature was the acquisition of the Sino-Pakistani JF-17 fighter jets; we have devoted a separate article to the analysis of this purchase. VT-4 tanks were also ordered in China (the first batch had seventeen copies, the number of the second was not disclosed) and the ST-1 wheeled tank destroyers and SH-5 howitzers, while twelve A-29 Super Tucano light attack and reconnaissance aircraft were acquired from Brazil.

It can be predicted that – just like the VT-4 and A-29 before – the helicopters will find practical application in the fight against the most serious threat to the internal security of Nigeria: the Islamist Boko Haram militants, immediately after the delivery and training of personnel. The war, which has been going on for over twenty years, is by no means coming to an end, and the fights fought with varying degrees of luck have so far not brought a decisive victory to the government side.

High hopes were placed on the death of Abubakra Shekau, killed in the notorious Sambis forests by militants loyal to the so-called Islamic State in March 2021. The elimination of the faction commander associated with Al-Qaeda did not lead to the expected collapse of Boko Haram’s power. It only resulted in a shift of forces to the troops associated with the Da’ish.

This is the fight between Terrorist Boko haram & Nigerian military in Zuma Rock Abuja, Terrorist overpower military and kill almost all of them. Nigeria is gone.Our suprim Leader Mazi Nnamdi Kanu will Live long, Cus he said this long time ago.Biafra must come period. #FreeNnamdiKanu pic.twitter.com/duYp6VBYfb

Fighters continue to carry out regular attacks against both military and civilian targets. The tactic of hitting large sections of the civilian population with suicide bombers – often women and children – is commonly used.

Terrorist activity is not limited to non-urbanized areas. A detachment led by Ali Kachalla and Dansadi Kachalla attacked the outskirts of Abuja. According to information in the possession of the Nigerian security services, the bombers planned to attack the main mosque and the school. In Bwari, on the outskirts of the capital, terrorists belonging to this cell clashed with the forces of the 7th Presidential Guard Battalion. Two officers and six soldiers were killed during the firefight.

The Presidency has described as sad and unwelcome, the shooting incident near Dutsinma, Katsina State, at the convoy of cars carrying the Advance Team of security guards, protocol and media officers ahead of the President, Muhammadu Buhari’s trip to Daura for Sallah.

The government’s security advisor, Babagan Monguno, confirmed that the elite unit was ambushed, which ended in a few hours of fighting. The same squad of militants had attacked the presidential convoy in Dutsin-Ma a few days earlier. Terrorists in the published tapes threatened to kidnap President Muhammadu Buhari and top Nigerian officials.

The decay of the security system that has been going on for years has led to one of the most serious crises. Senator Philip Aduda raised in parliament the intention to impeach the president, who is accused of passivity in the face of the deteriorating situation in the country. It should be mentioned that during the presidential campaign in 2015, Buhari declared that if he was elected, he would solve the most pressing security problems in the country. However, regular attacks by Boko Haram, mass escapes from prisons and armed gangs terrorizing road users have left Nigeria in a state of permanent civil war for years.

Senators of oppositions parties walk out of plenary after Senate President, Ahmad Lawan dismissed a motion on insecurity and impeachment of President Muhammadu Buhari pic.twitter.com/MhDkKMuuP1

See also: The US has agreed to hand over Patriot missiles to Saudi Arabia