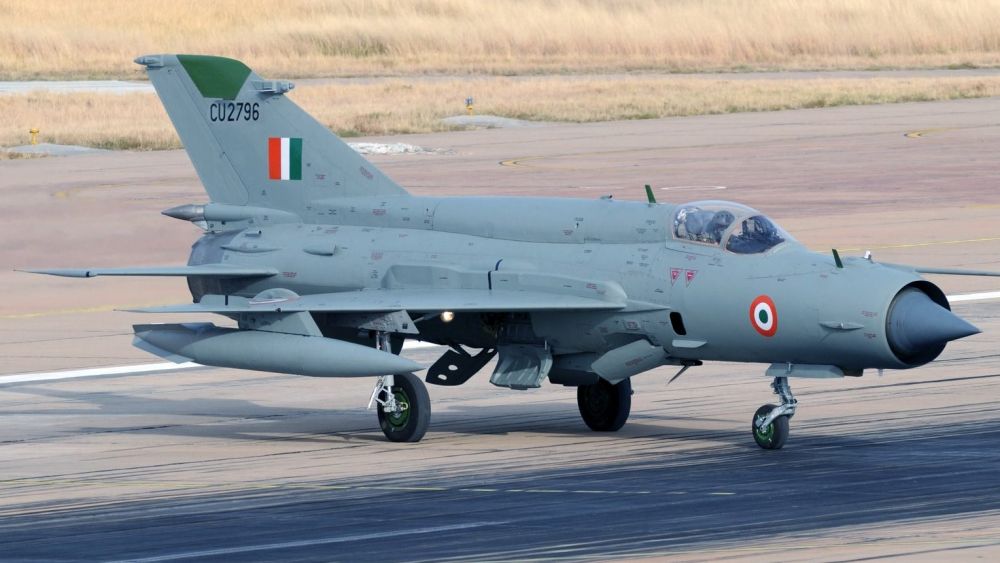 Two airmen – a student and an instructor – died today in the crash of the MiG-21UM training and combat aircraft during the night training flight. The accident happened around 9:00 PM local time near the village of Bhimra in the Barmer District of Rajasthan, near the border with Pakistan. Fortunately, nothing happened to anyone on earth.

It is not yet known whether the crew members failed to activate the ejection seats or died after catapulting, for example because there was no height reserve. According to local media, eyewitnesses reported that the body of one of the airmen was completely burned; some have gone so far as to post pictures of the body on social media.

Unfortunately, India is famous for the high failure rate of airplanes and helicopters in the armed forces, for which flying personnel generally pay with their lives or health. Of course, the situation is gradually improving. Twenty-nine accidents per year were recorded in the 1970s, while a total of thirty-nine aircraft crashed from the summer of 2012 to July 2016, and thirty-six people lost their lives.

The situation has been even better over the past six years in terms of the number of accidents. Unfortunately, it was a much sadder period as there were disasters with a large number of victims. In 2019, the An-32 crashed, thirteen people died on board, and last year, fourteen people were killed in the Mi-17W-5 helicopter accident, including General Bipin Rawat, the head of the Indian Defense Staff, i.e. the high command of the armed forces.

But even if we put aside the issue of human tragedy and focus solely on the technical aspect, the situation is still far from good. Worse, the effectiveness of all reforms is undermining time. Much of the fleet is simply old and more and more worn out, and the refurbishment of successive squadrons with French Rafales and native Tejas is going too slowly. The successor of the real MiG-21 will only be selected by the tender for 110 combat aircraft, which is a new approach to the MMRCA tender, closed in compromising circumstances.

According to the World Air Forces 2022 report, the Indian Air Force had 128 MiG-21 Bison upgraded planes in service at the beginning of this year, including approximately forty two-tiers. In practice, no more than half of this number flies. Currently, only four squadrons are equipped with MiG-i-21 (until recently there were eleven), and each squadron has up to eighteen machines

In total, 874 copies of different versions passed through the squadrons of Bhāratīya Vāyu Senā. Nearly two-thirds were built under license in India. The planes designed by Mikojan and Guriewicz arrived in India in 1963 and were to be withdrawn from airline service three decades later. However, the Indian Air Force did not receive newer machines, so they had to modernize already used Soviet machines and extend their service life.

Flying Officer Avani Chaturvedi getting into a MiG-21 Bison at Jamnagar on Feb 19 for the flight that made her India’s 1st woman fighter pilot. #WomensDay pic.twitter.com/UxdQk5cozp

According to estimates by the Indian Ministry of Defense, more than 400 MiG-21s have been destroyed since the 1970s, many of them for technical reasons. In 2021 alone, there were five MiG-21 accidents (including one also in the Barmer District), killing three pilots. The total number of pilots who lost their lives at the controls of the pencils is about 180. Formally, the plan for the final withdrawal of the MiG-21 from service in 2024 is still in force. The future will show if this will actually be the case.

Behind the scenes you can already hear whispers that no. Indian air force currently has thirty-one combat squadrons, while Indian doctrine provides for the deployment of forty-two squadrons. This is the minimum assumed for a war on two fronts (that is, with Pakistan and China). Many decision makers believe that in such a situation a few units on the antediluvian MiG-21 are better than descending below the threshold of thirty squadrons.

See also: Is China interested in small and miniature submarines?