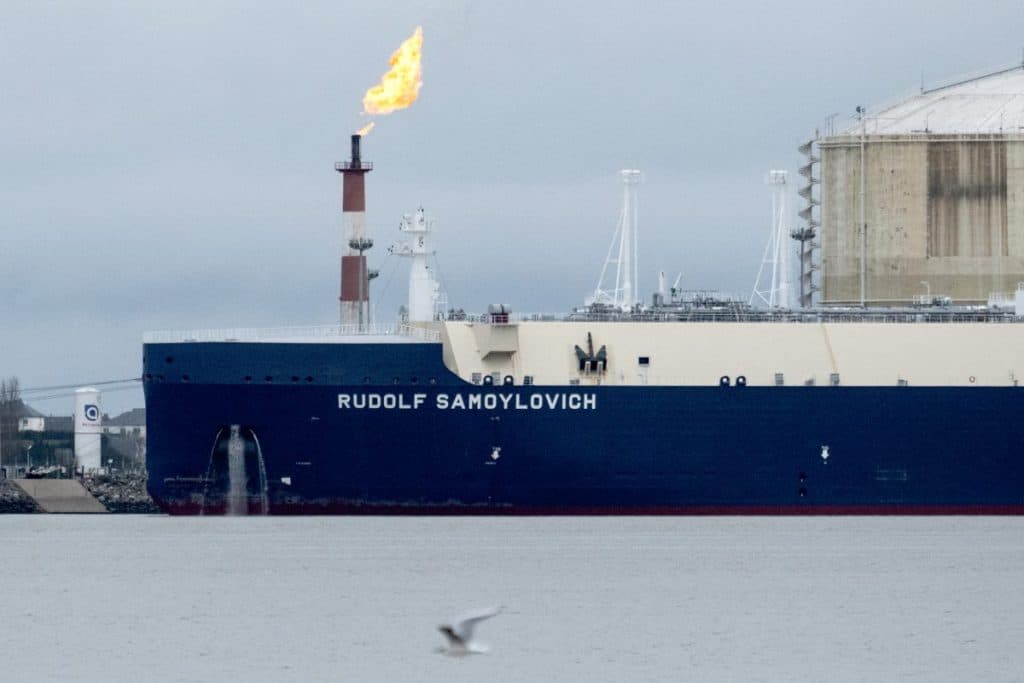 The European Union should reach an agreement to deal with the gas supply crisis, but for this to work member states must agree on gas sharing, but currently the vast majority do not have such agreements.

Only six such agreements have been agreed, and most of the 27 EU countries are without firm terms on how and when to share gas in the event of a supply crisis, or on the financial compensation they will give or receive for doing so.

“Bilateral agreements are really … the only ones that will hold if there is a real supply crisis. In a legal sense, they determine fees, financial, but also infrastructural restrictions,” said Christian Egenhofer from the Center for European Policy Studies.

Fearing that Russia could completely cut off gas flows, EU countries have agreed to limit winter consumption by 15 percent, to fill storage and free up fuel for sharing in the event of a supply crisis.

But it is up to individual countries to decide how this sharing will take place in practice.

EU laws oblige member states to send gas to a neighboring country whose households or basic services such as hospitals are facing severe shortages. In order for this to be implemented, governments should agree on bilateral agreements. However, only eight countries are included in the six agreements so far – including those between Germany and Austria, Estonia and Latvia, and Italy and Slovenia.

Several countries are negotiating: the German-Czech treaty should be signed by winter, and Germany is also working on agreements with Poland and Italy. But some countries heavily dependent on Russian gas do not have any agreement, such as Hungary. Italy and France are the largest users of gas in the EU, after the largest European economic power, Germany. Italy has only one bilateral agreement on the emergency distribution of gas, and France none.

A senior Italian official said his country is negotiating a gas storage agreement with Greece. The French Ministry of Energy says that “at this stage” France does not have any bilateral agreements.

The aim of the solidarity agreement is to avoid a panic response in the event of a supply crisis and to reduce the risk that some countries will hoard fuel and refuse to help their neighbours.

Simone Tagliapietra from the consulting firm Bruegel, proposes that the EU introduce a wider compensation scheme under which countries pay other member states for gas sharing.

“Without such a compensation mechanism, it will be difficult to ensure solidarity,” he said, adding that the largest European economy – Germany, which is largely dependent on Russian gas, should be the first to contribute.

Without stronger conditions for gas sharing, “we may not see the solidarity we currently see on paper translate into molecules moving across Europe,” Tagliapietra added.

The idea of ​​compensation could appeal to countries such as Greece and Spain, which initially rejected Brussels’ demand to use less gas to help countries that have cultivated close energy ties with Moscow for years.

Spain does not rely on Russian gas, and EU diplomats said Brussels’ call for solidarity has caught some capitals still resentful of Germany’s harsh criticism of the southern states’ economic policies during past financial crises.

But after EU countries agreed on gas consumption limits on Tuesday, Spanish Energy Minister Teresa Ribera struck a more conciliatory tone, expressing a willingness to strengthen Spain’s capacity to import liquefied natural gas “for the benefit of all.”

German Economy Minister Robert Habeck also promised, “as part of European solidarity,” to continue the flow of gas to its neighbors, including Austria and the Czech Republic.

Germany has so far been the most active country in attempts to conclude solidarity agreements with its neighbors. In addition to being the largest European gas consumer, German pipelines are veins through which gas reaches many countries in Central and Eastern Europe.

However, it seems that some are not willing to cooperate. Hungary has announced that it will stop exporting fuel to other countries. Poland also took a skeptical tone on the issue of stockpile sharing.

The EU-level deal was approved on Tuesday by all 27 members except Hungary, which also initially opposed EU oil sanctions against Russia. The agreement set voluntary limits on gas use that can become binding in the event of a supply crisis. The problem, however, is that it includes a series of exemptions and derogations for countries and industries that some believe would require tighter restrictions and sharing between countries to guarantee supplies should Russia cut off the flow.

One EU diplomat said that it is ultimately in the interests of the countries themselves to help each other, since an economic crisis or gas shortage in one – especially Germany – would affect the entire bloc.

“If Germany falls, we will all fall with Germany,” said that diplomat.

“Croatia is one of the few destinations that has already reached the figures from 2019.”