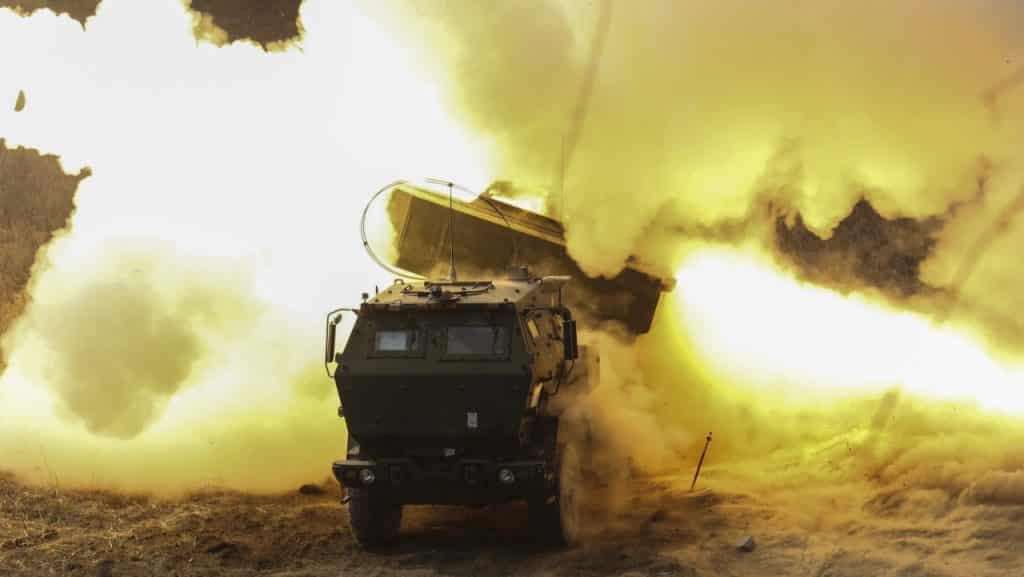 On July 15, the US Department of State approved the possible purchase by Estonia of the M142 High Mobility Artillery Rocket System (HIMARS). This information is surprising because the Estonian government did not inform about plans to acquire the system. If there is a deal in the near future, Estonia will be the first of the Baltic countries to have this type of weaponry.

Currently, only the Lithuanian government has decided to purchase M270 MLRS systems. Recently, it was decided to accelerate deliveries, the first copies are to be delivered to Lithuania in 2026, and not until 2028, as previously planned. It can be safely said that, just like Estonia’s acquisition of the HIMARS system, it is caused by the tense situation in the region after the Russian invasion of Ukraine, but also by a significant increase in the defense budget.

According to the information provided by DSCA, Estonia intends to acquire six M142 wheeled launchers along with thirty-six M30A2 GMLRS ammunition packages and the same number of M31A2 GMLRS, XM403 ER GMLRS and XM404 ER GMLRS packages, respectively. In the case of standard GMLRS ammunition, this allows you to hit targets at a distance of about 90 kilometers, and with the use of ER GMLRS ammunition, the range increases to even 150 kilometers. In addition, Estonia is to acquire eighteen M57 ATCMS tactical ballistic missiles with a maximum range of approximately 300 kilometers. This transaction may also include an undefined number of packages with low-cost M28A2 LCRRPR training and training ammunition as well as a set of spare parts and a training and logistics package.

The estimated contract value is $ 500 million. However, it is worth noting here that this is the maximum amount and is usually lower. For example, the contract for the Polish HIMARS launchers was valued at USD 655 million, ultimately the value of the contract concluded in 2019 was USD 414 million. And the package purchased by Poland included more launchers, more missiles and additional accompanying vehicles.

As we can read in the explanatory memorandum, the proposed sale of the M142 HIMARS squadron will contribute to the achievement of Estonia’s military goals of modernizing its capabilities, while further increasing interoperability with the United States and other allies. Estonia intends to use this equipment to modernize its armed forces, expand its defense capabilities and gain the ability to deter regional opponents. It was reported that no offset agreements are foreseen at the moment.

HIMARS launchers from the Expeditionary Strike Package of the 17th Artillery Brigade during training in Alaska.
(US Army / Luke Steward)

The possible purchase of HIMARS would be another reinforcement of the Estonian artillery. In June 2018, the country acquired twelve K9 Thunder self-propelled howitzers, and a year later it purchased another six howitzers of this type. Even then, this purchase was a huge leap in terms of quality and possibilities. At that time, the core of Estonian artillery was made up of 155 mm FH70 towed howitzers and 122 mm post-Soviet D-30 howitzers. The latter were obtained from Finland as used in 2009. The introduction of self-propelled howitzers into service significantly improved the capabilities of Estonian artillery, and the introduction of HIMARS will undoubtedly constitute a new quality. Accurately hitting targets behind enemy lines is a highly desirable skill for any army in the world.

As mentioned earlier – if the contract was finally finalized, Estonia would become the first of the Baltic states to have missile artillery. These three countries started the modernization of their artillery with the acquisition of self-propelled howitzers – Lithuania purchased twenty-one PzH2000 cannon howitzers from the Bundestwehr surplus in 2015, of which 16 were put into service, and the government in Riga decided to acquire forty-seven ex-Austrian M109A5Ö howitzers in 2017. .